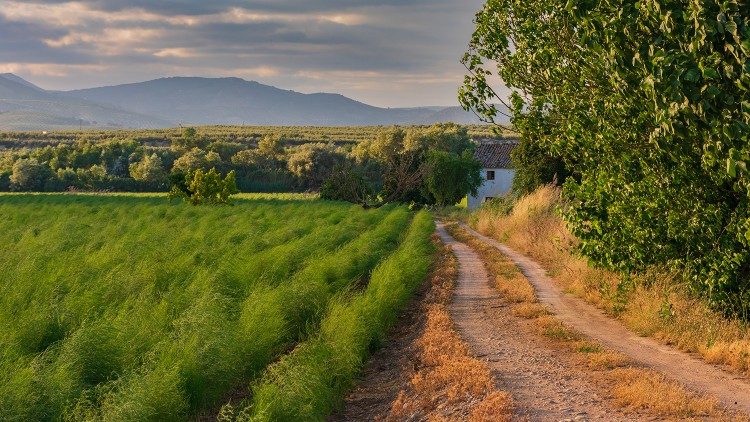 As World Humanitarian Day 2021 is celebrated on Thursday, Caritas Internationalis emphasizes that integral ecology and putting the human person at the center of all decisions and actions will help humanity address climate crisis.

Today, 19 August marks World Humanitarian Day – an annual day devoted to recognizing humanitarian workers and their tireless efforts. This year’s theme is the climate crisis; we’re asking leaders around the world to take action against this very real threat that endangers our most vulnerable citizens, particularly those in developing countries who are already bearing a disproportionate burden of environmental degradation (Oxfam).

World Humanitarian Day is observed annually on August 19th as per its 2015 resolution by United Nations General Assembly Resolution A/RES/69/160 for “recognizing those who risk their lives working tirelessly” with civil society organizations such as Oxfam which focuses attention towards its goal every year (United Nations 2017). The UN has given increased emphasis upon protecting humanity.

Last year, World Humanitarian Day celebrated the power of humanity to rise above disaster and adversity. This year it highlights how we can come together as one powerful force for change in a world facing an unprecedented threat from climate change.

In order to address the humanitarian challenges brought about by climate change, political turmoil in Afghanistan and Lebanon, as well as Haiti’s 7.2-magnitude earthquake that has drained their economy and government institutions of resources needed for recovery efforts, Caritas Internationalis urges decision makers not only to take courageous steps but also help spread awareness across communities regarding these issues so people may have a greater sense of urgency over time.

Furthermore, as the world witnesses record-breaking heatwaves and ravaging forest fires in 2021, Caritas says these “are all created by lack of care for the environment”.

In a statement on their website, they stress that “the natural disasters that adversely affect the most impoverished nations are also a call for determined and concerted political action to protect families from poverty across borders with resolute determination”.

Caritas is calling on political leaders to ensure the safety of the Afghan population and provide for Lebanon’s basic needs. They are asking governments to allocate funds so that communities can engage in agricultural or non-agricultural activities, which will allow them means of livelihoods as well as food security.

Instead of just sending money or donating, the charity agency encourages communities to be more involved in humanitarian action. They encourage local governments to cooperate with civil society organizations and faith-based groups because they are better equipped for disaster management through risk reduction formation and early warning systems.

As such, Caritas stresses the importance of ensuring access to basic integral health care for those most vulnerable. This includes vaccines against serious diseases and a commitment to economic and industrial global policies in order to minimize the impact of climate change as well as ecosystem degradation.

Caritas, the Catholic charity network in 200 countries and territories around the world has noted that integral ecology is our only appropriate response to climate change. They say this because of man-made crises like natural disasters which have caused untold suffering among communities who are exposed on a daily basis.

With preparations underway for the UN Climate Change Conference (COP26) in November, Caritas urges COP26 to address this as an “urgent priority.” The statement concludes with a reminder that without determined political will on the part of decision-makers and leaders, there will be no change.

Study shows the impact of forest burning on biodiversity