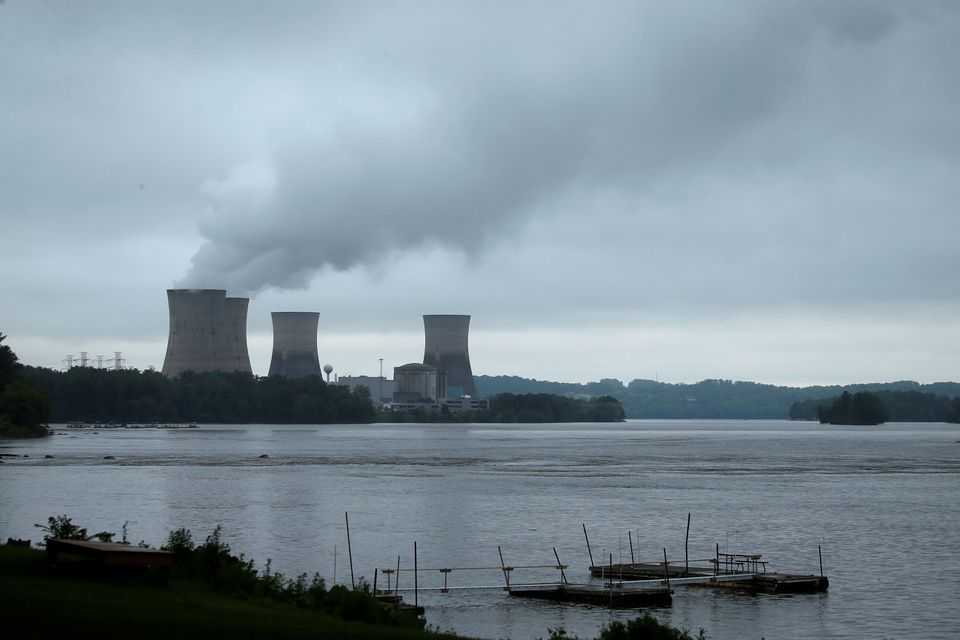 Illinois: whether to save their states nuclear plants

The Illinois legislature is edging closer to a vote as soon as Tuesday on an energy bill that aims to prevent two nuclear power plants from closing. The owner of the first plant plans on shutting it down next month, unless state action happens before then.

The legislation could include both a compromise and narrow version of this wide-ranging bill or just one side’s plan for now if they’re able to reach consensus by tomorrow morning at 8:30 AM CST when their session starts with regards towards voting in support for these actions surrounding nuclear plants staying open through carbon mitigation credits like how other states provide them under certain conditions.”

An Illinois bill would eliminate coal and nuclear plants, but Governor J.B. Pritzker says he will veto the bill as it doesn’t go far enough to ensure all power plant emissions are cut by 50% within 20 years in favor of renewable energy sources like solar and wind turbines.

As a result, Senate president Don Harmon is optimistic they can find middle ground between renewables and traditional carbon-fueled generators for an affordable electricity price that still ensures environmental sustainability with his support instead of going forward with this plan proposed by John Patterson spokesperson for governor Pritzker which has been widely criticized due to its lack of ambition when compared against other states such as Iowa who have much more ambitious targets than what’s currently being considered here in Illinois.

The U.S. Senate plans to debate a bill that could save the Byron and Dresden nuclear plants from closing in November, according to sources familiar with deliberations on Tuesday morning after strong support for saving them was expressed by President Obama’s climate adviser Gina McCarthy Monday night at an energy conference hosted by Politico Pro near Washington D.C..

On Monday evening she told attendees “existing nuclear plants are absolutely essential” to hitting emissions targets under the Clean Power Plan (CPP). Exelon Corp has said it will close its two Illinois-based reactors without state or federal subsidies because they can’t compete against heavily subsidized wind farms which enjoy tax credits of $23 per megawatt hour versus just $3/MWh paid out to their nukes who don.

The U.S Congress has proposed two bills to save the Byron and Dresden plants, but lawmakers cannot agree on when coal-fired power plants will be phased out or required to add emissions capturing technology.

The bill is delayed due disagreements on issues including if natural gas plants should also be included in this legislation for power companies that depend heavily on these types of energy sources; Democrats want both kinds of fuel used while Republicans favor prioritizing cleaner fuels like nuclear, wind and solar first before fossil fuels are implemented as they believe it would lead too quickly increase costs passed onto consumers who already pay higher electricity rates than other countries around the world do . With more than 1,500 workers between them at high paying union jobs with many decades invested into their communities working there

The United States has 93 nuclear reactors, more than any other country but down from 104 in 2012.

This is due to the aging plants struggling to compete with power generated by solar and wind farms as well as natural gas-powered plants.