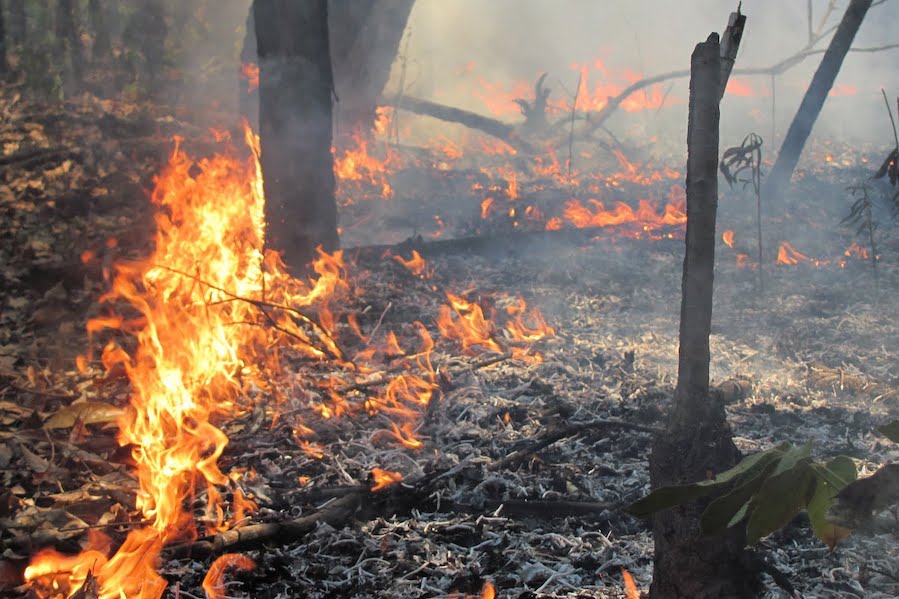 Study shows the impact of forest burning on biodiversity

The Amazon River basin is currently facing a biodiversity crisis because of deforestation, drought and forest fires. For the first time ever, researchers have performed an in-depth assessment as to how these factors are affecting this region’s ecosystem. With unprecedented levels of data analyzed for this study published today in Nature by researchers from Florida State University (FSU) and the University of Arizona (UA), it becomes clear that we need to change our attitudes towards environmental conservation now before it’s too late!

The study used records of more than 14,500 plant and vertebrate species to create biodiversity maps for the Amazon Basin. These were overlaid with historical data on forest fires and deforestation over the past two decades in order to quantify impacts on species there.

Biodiversity is essential to the health of an ecosystem. Researchers found that, since 2001, between 40-73 thousand square miles of Amazon rainforest have been impacted by fires and affected 95% of all Amazonian species as well as 85% threatened species identified in the region. Brian Enquist stated “Biodiversity and healthy ecosystems go hand in hand.”

Brazil’s regulations slowed deforestation in the mid-2000s, but a change in government policy coincided with loosening policies that reversed this trend. This year saw fires impact between 1,640 to 4,000 square miles of forest – one of the most extreme years for biodiversity loss since 2009 when restrictions were enforced on deforestation limits.

The Amazon rainforest is currently being destroyed at an alarming rate, but the primary cause of this destruction was actually policy.

This input provides a statement about deforestation in the Amazon and then summarizes its impact on climate change.

The Amazon is an area of great diversity, with 1 out of every 10 known species living there. Scientists have estimated that in the Amazon, one thousand tree species can populate a space less than half square mile wide!

The research was made possible by strategic investment funds allocated to UArizona. The NSF’s Harnessing the Data Revolution program also contributed additional support, as did CyVerse (an NSF data management platform). All of these resources provided both funding and computational power through BINET (Botanical Information & Ecology Network), which is supported by UArizona.